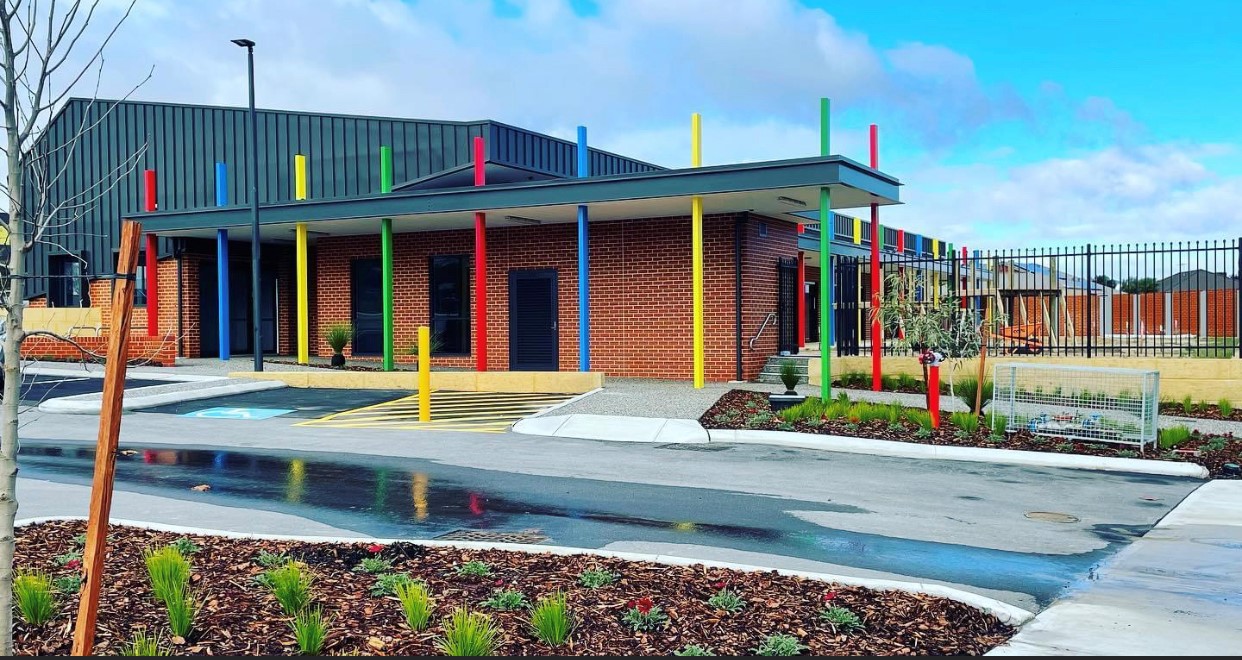 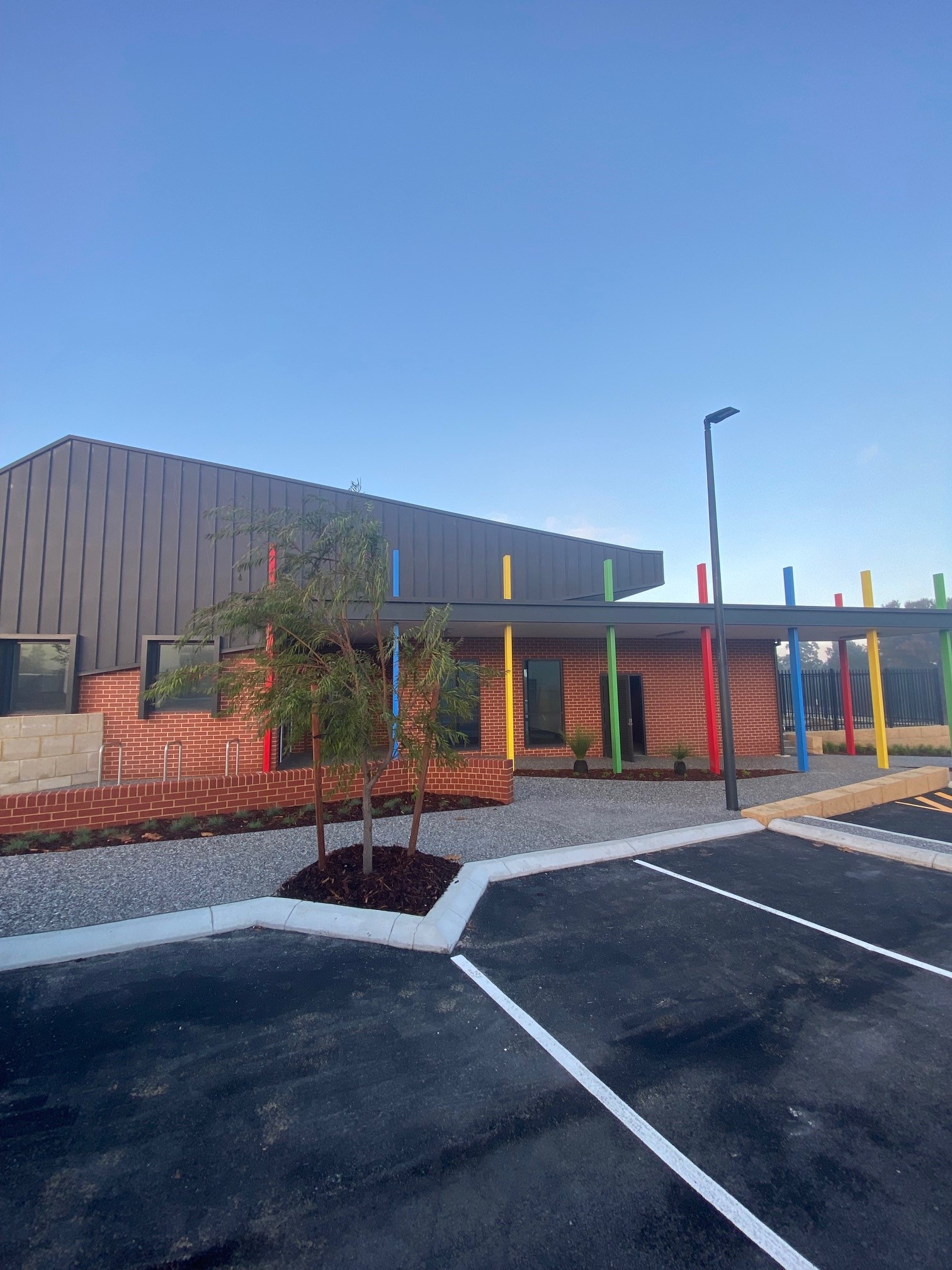 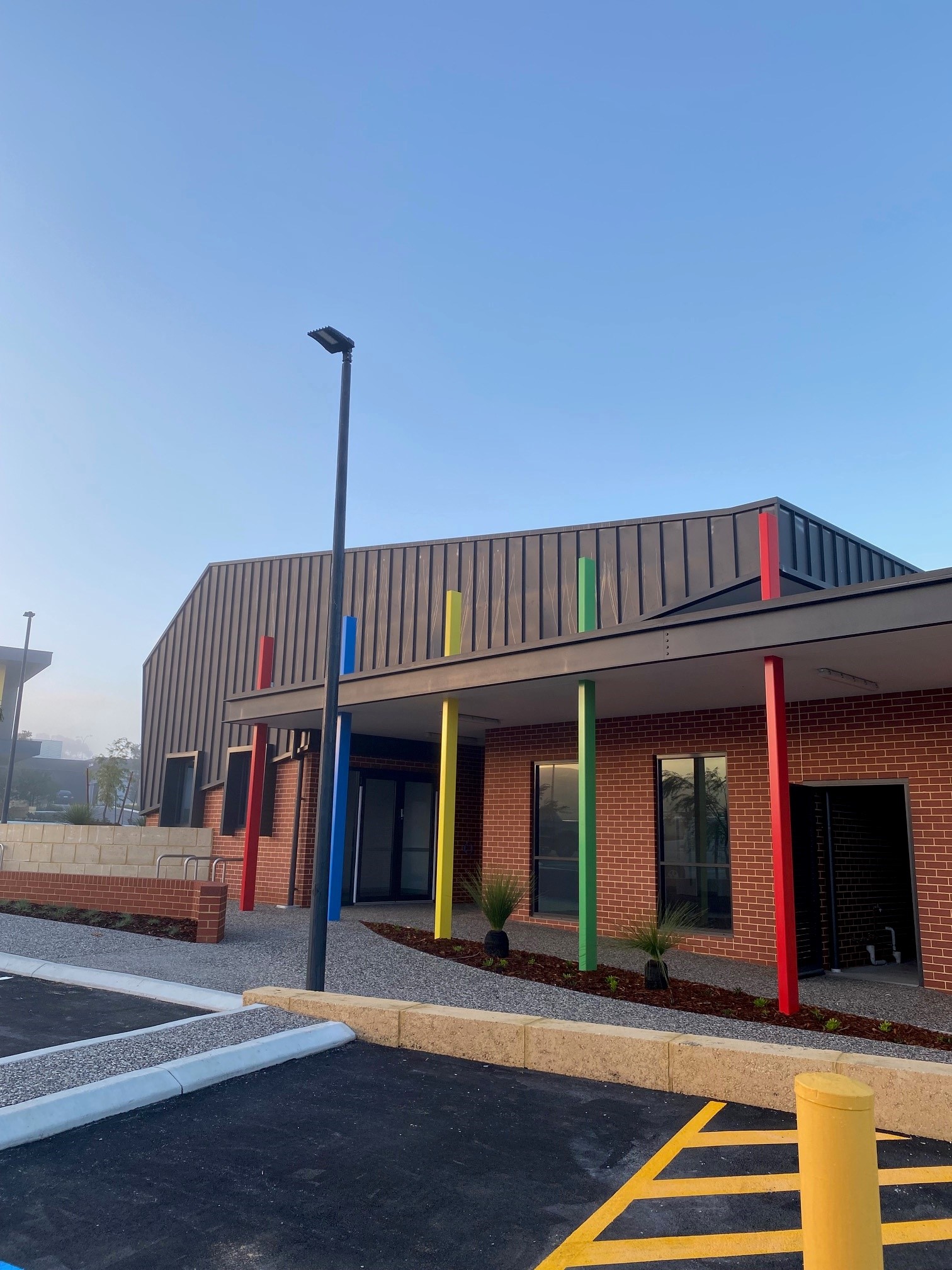 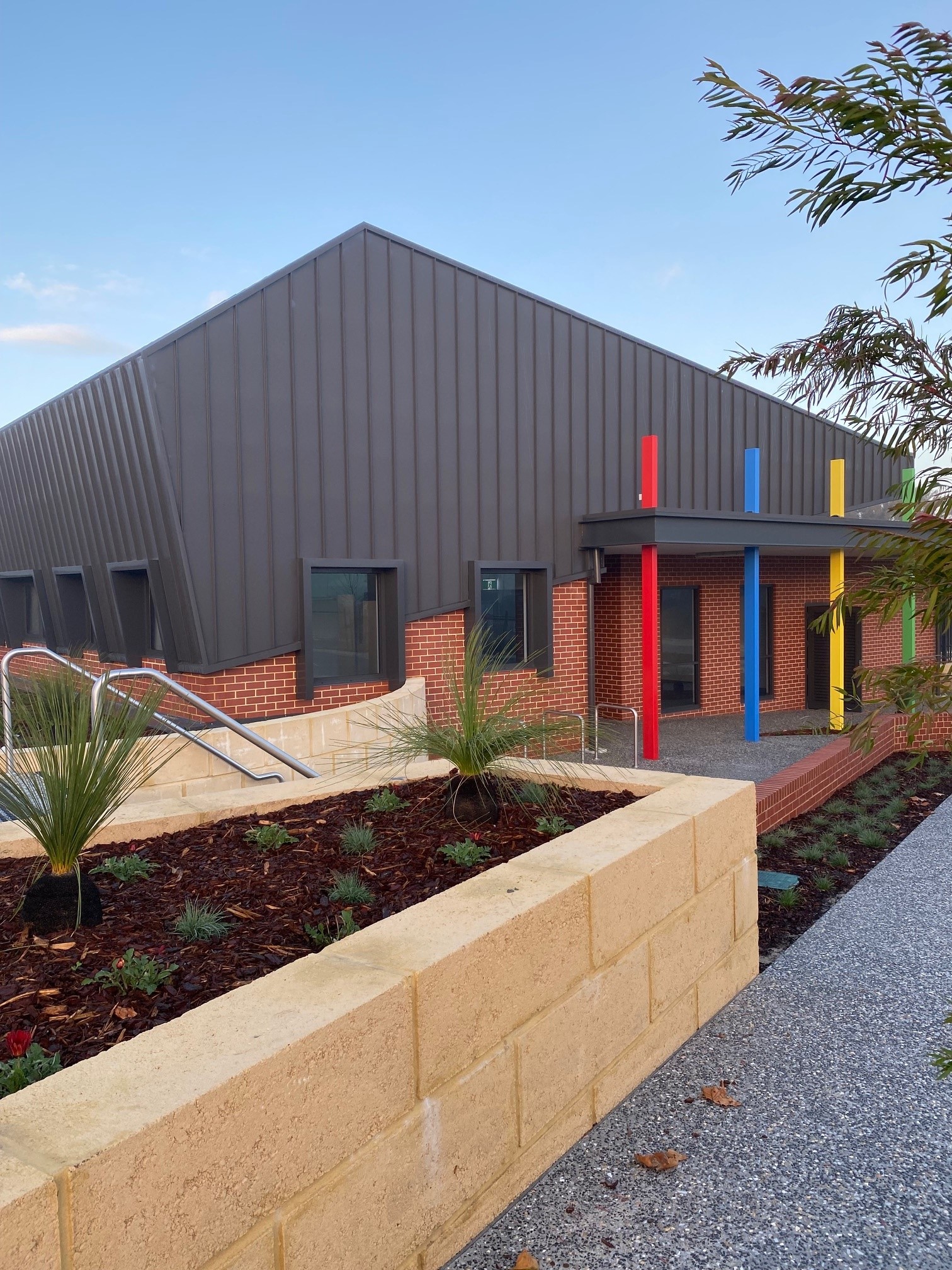 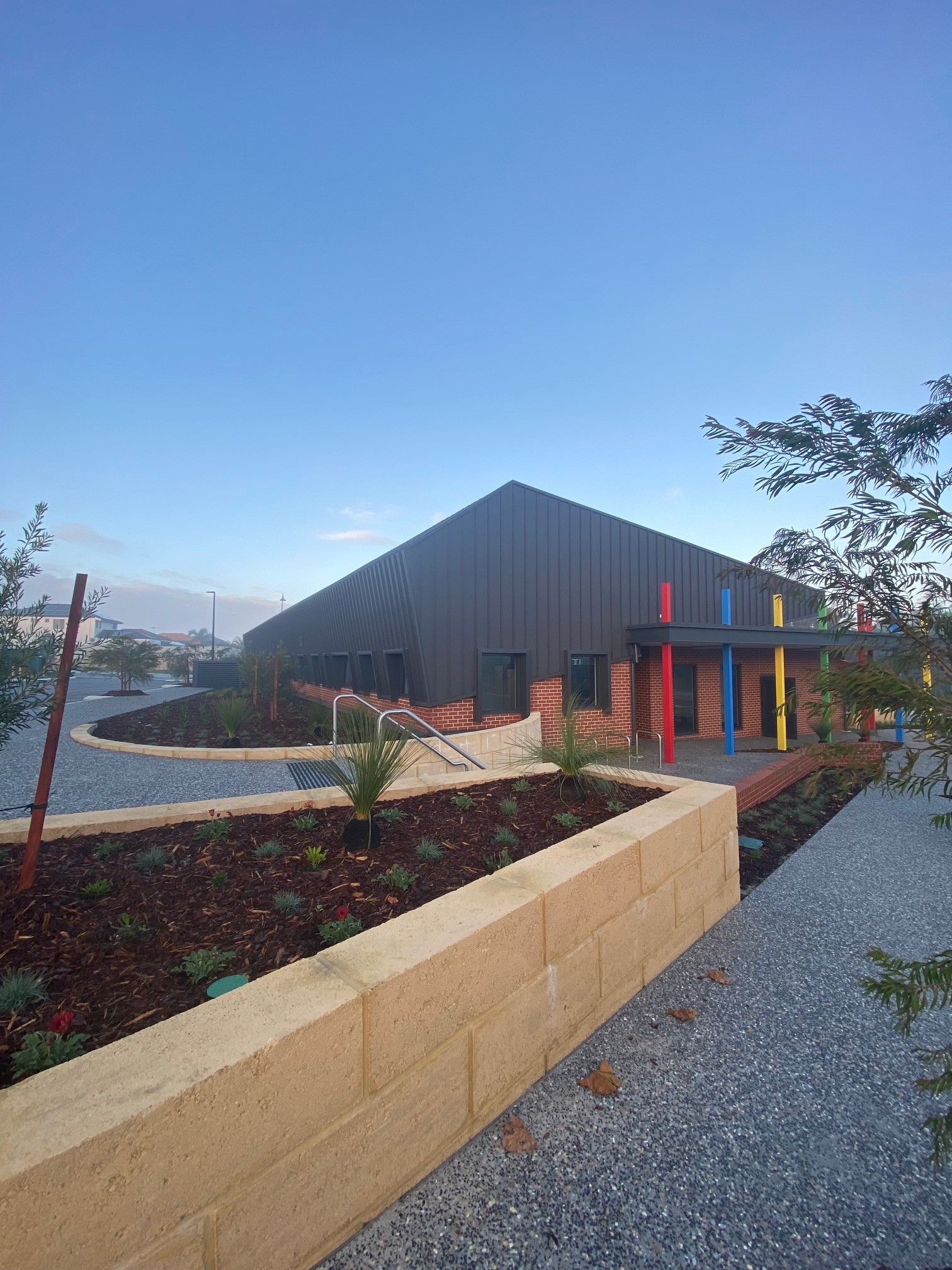 The architecturally appointed Ashby Childcare Centre is a striking addition to the growing Ashby Village Hub, with a bold roof cover and cladding, finished with Monument coloured Maxline 340 Colourbond sheeting enveloping the buildings traditional red brick façade, complimented by off white mortar. The unique angles of the building’s roof were continued through custom aluminium window hoods tying in the desired shape and colour aesthetic along the rear wall, whilst delivering occupant privacy through deep window returns. The building’s structure was a portal frame construction using structural steel which was also utilised to form the veranda canopy’s façade, and coloured columns to add a playful side to the childcare’s appearance. Washed aggregate walkways and limestone retaining walls with native landscaping ties the childcare in with the Villages existing buildings and mature landscaping elements. A liquid limestone walkway was utilised for the play area, a childcare specific requirement, however the nature play space was carried out by the childcare operator. Internally childcare specific joinery was used to meet operation requirements. The internal skin of the exterior walls were formed from pre-fabricated Blu-Scope steel that allowed for fast installation. Undertaken by Endeavour Properties and delivered by Credentia Construction, the Ashby Childcare was an all-round good project, thanks to those involved, that adds character to the Ashby Village Hub.